Orientation to police officials on VAW/G

On 05 November’ 2020 an orientation meeting with police officials was organised at Rampal police station. By participating in the meeting, police officials like police inspector, inspector (Investigation) and other officials were expressed their support towards combat violence against women. In the open discussion session, they talked about public awareness on types and nature of sexual violence, land induced violence and patriarchy attitude and culture. Describing the criminal code of violence, panel advocate of Badabon Sangho Mrs. Meherun Nessa, explained how Badabon Sangho is working both at prevention and response level. Police official added that they will continue to support survivors as well as women and girls so that the level of violence will be reduced. Local journalists, women leaders and activists were present in the meeting.  Orientation was facilitated by the Programme Manager and programme was presided by Badabon Sangho’s Executive Director. 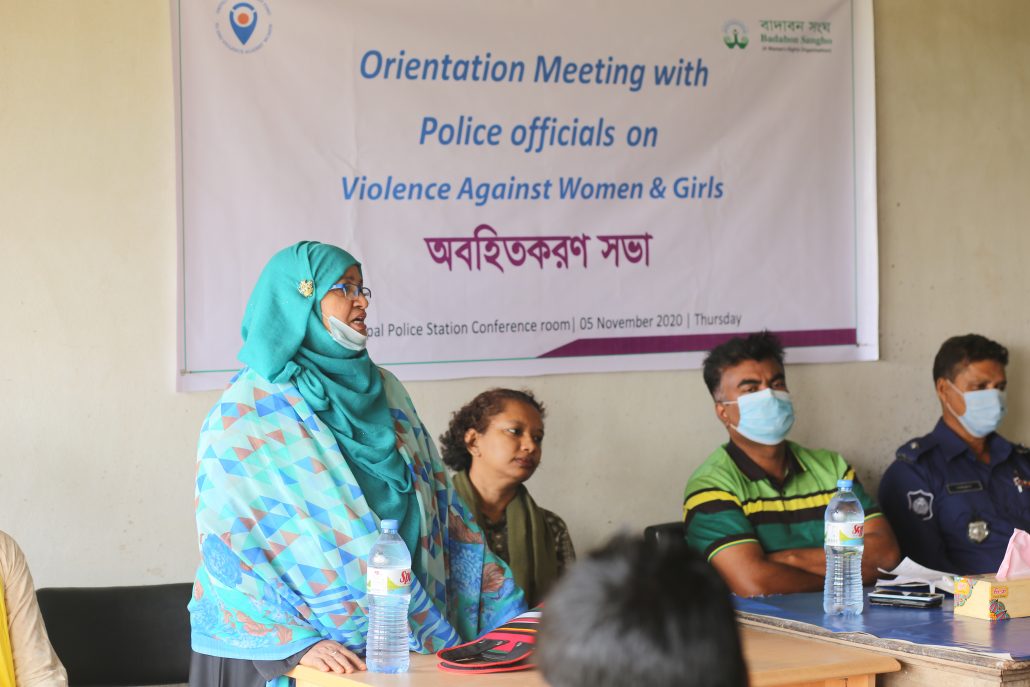 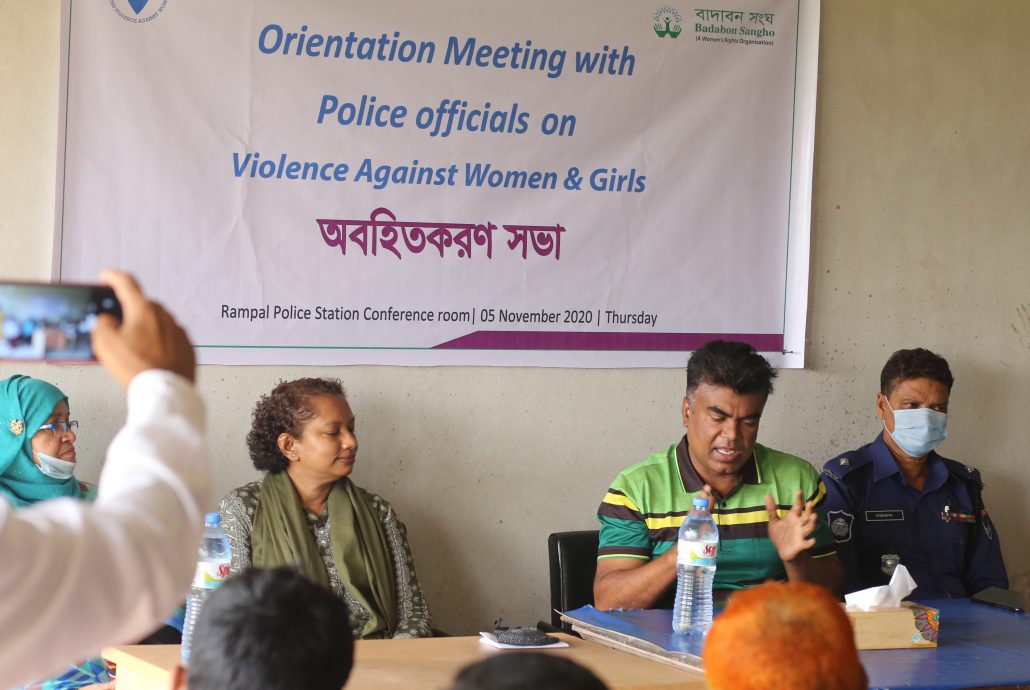 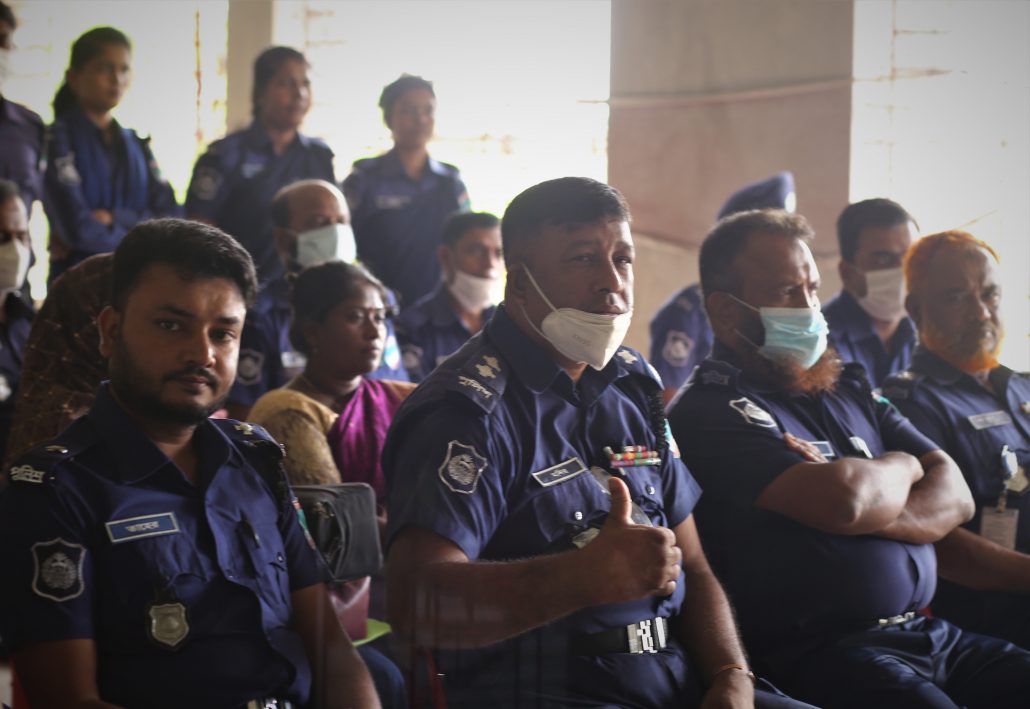