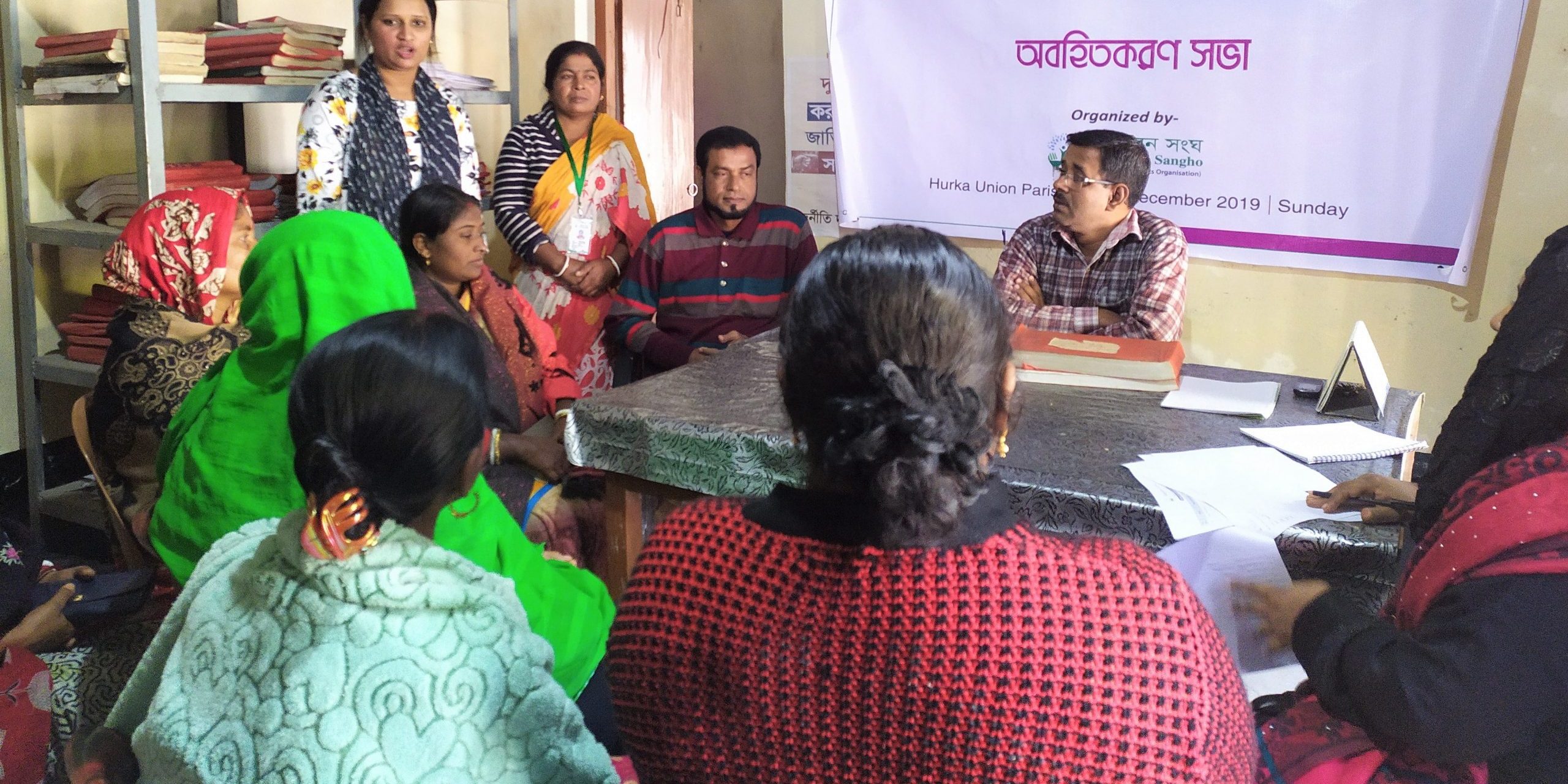 On 13th and 15th June, 2021 women leaders visited two land offices and sat in meeting with Sub Assistant Officers. Both of the land offices are dealing with disputs and documentation of land which are acquired by the public and private investment. It is important to mention that along with the thermal power plant, a total of 109 private corpoarate are acquiring lands in this areas.

One of the reasons for which women are deprived of their inherited properties is the unverified inheritance succession certificate. For which the Women Leaders asked the officials to verify all their inheritance succession certificates. Further discussions were held on their accessibility of state land and water-bodies, followed by addressing Women’s Landownership mutation cases in detail. The officials committed to follow up on these cases and solve them by the next meeting.

In addition, the land officials described the newly initiated online system for taxation and mutation in the meeting.

A total of 14 women leades and two Sub-Assisatant Land Officers were participated in the meetings- this would be continued in future also.

Meeting with police official to confront gender-based violence against women and girls amid covid-19
August 19, 2021

Public meeting to combat hate speech and stigma against Dalit girls and women amid Covid-19
August 19, 2021