We stand and demand `End of violence against women and girls’ 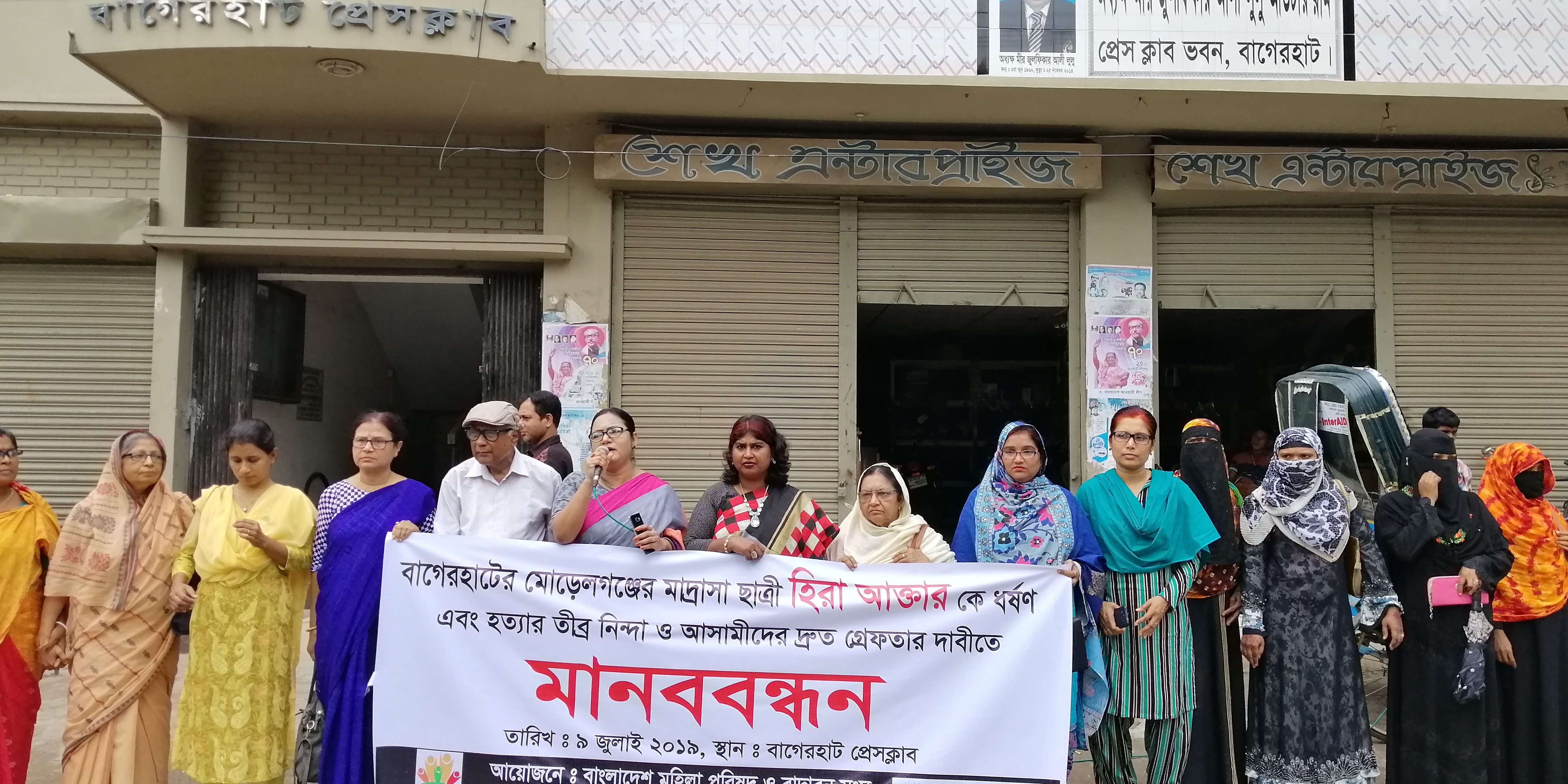 A madrasa girl has been raped and murdered, and her body hung naked in Morolganj of Bagerhat.

The victim, from the Pashchim Baharbunia upazila in Morolganj, was a sixth-grader of the Chhaprakhali Gazirghat Dakhil Madrasa in the same upazila.

Badabon Sangho has supported to organise a protest rallies with the demand of quick arrest of perpetrators. Local women leaders, human rights activists, journalists and other civil society peoples were participated in the protest and demand quick arrest. The protest was organised on 09 July 2019 in front of Bagerhat Press Club. A memorandum was submitted to Deputy Commissioner, Bagerhat and Police Super, Bagerhat. Meeting with police official to confront gender-based violence against women and girls amid covid-19
August 19, 2021

Public meeting to combat hate speech and stigma against Dalit girls and women amid Covid-19
August 19, 2021