Groups joined with the affected communities to protect the agriculture lands, March- August 2022 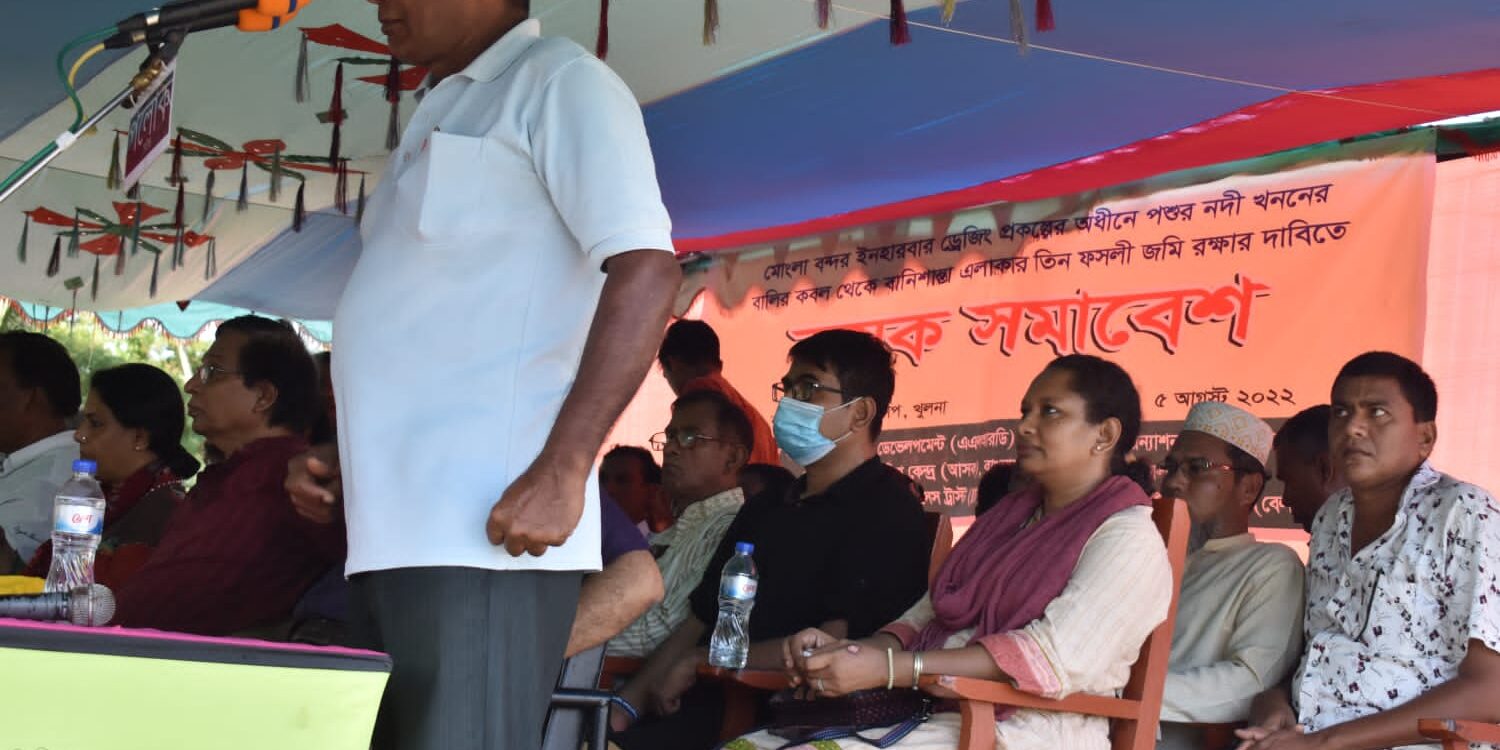 The excavation project at the Inner Bar of the Mongla Port Channel was on January 28, 2020. Under the project, about 216 lakh cubic meters of soil and sand will be extracted from the Pashur River. Accordingly, the project planned to dump the soil and sand on the private agriculture lands of Dacope’s Banishanta. If the project is completed giving the land to Mongla port authority around 1,500 families will be displaced. Communities raised their concern that the dumping not only destroys the livelihood of thousands of people in the area but also will destroy the ecosystem of Sundarbans the largest mangrove forest. In name of the compensation, the Mongla Port authorities announce to give Tk 2 lakh per acre in 10 years, whereas farmers earn about Tk. 5 lakh per year by selling crops from such fertile lands. 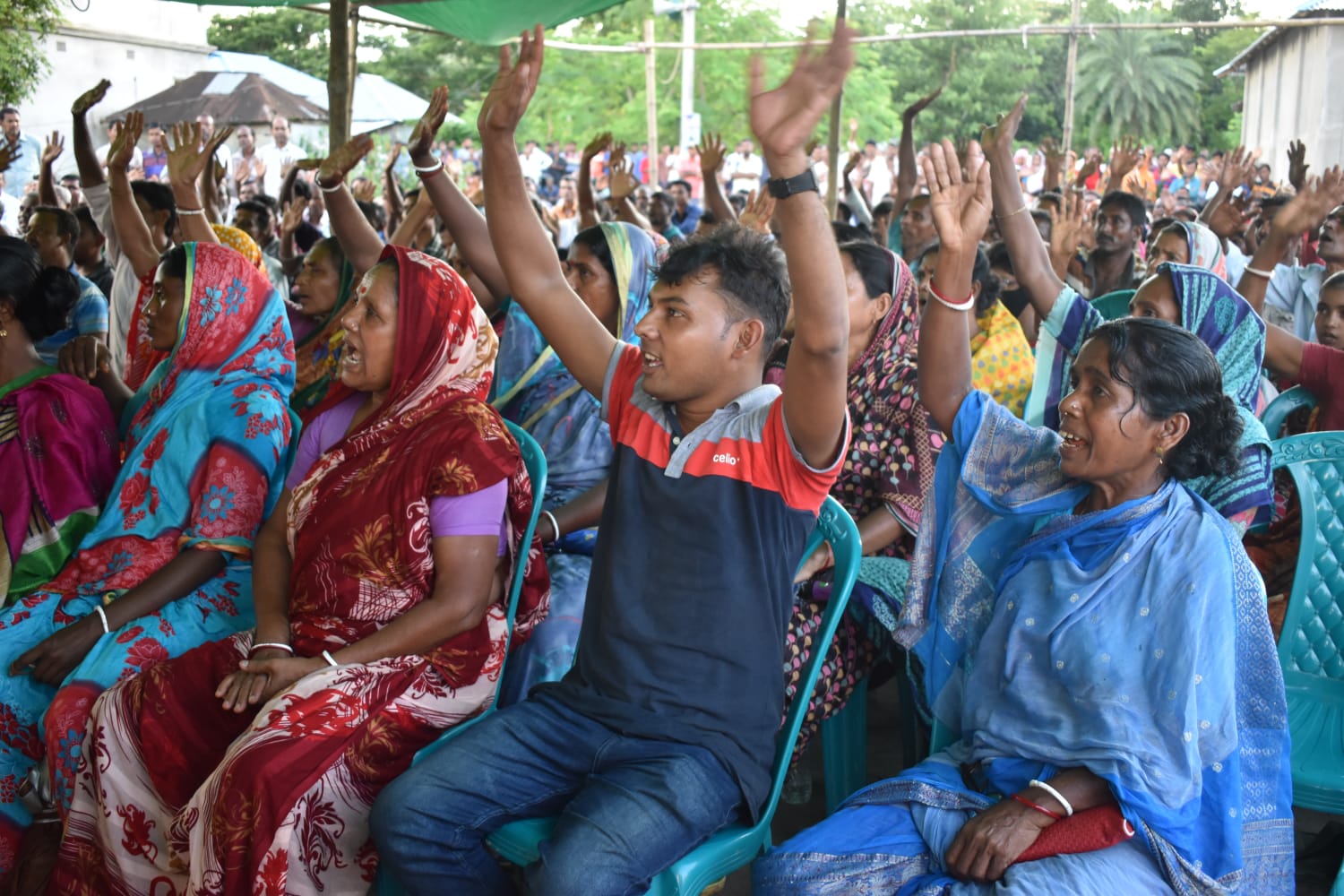