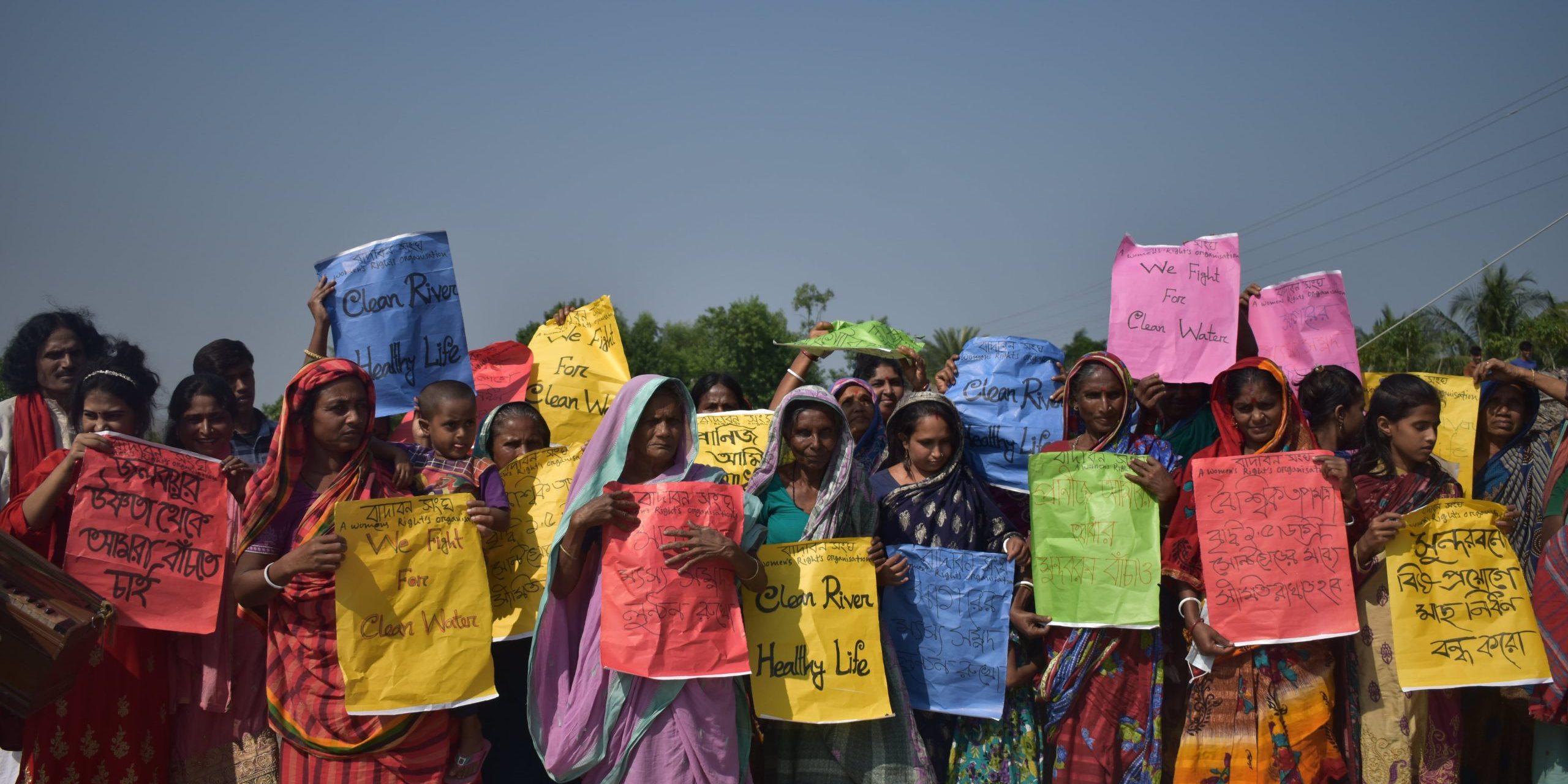 Together, group members, federation leaders and women’s rights organizations organized rallies and indigenous cultural programme on the Global day of Action for Climate Justice. Demanding clean drinking water, access to waterbodies, and fisher-folk cards, local peoples organized traditional songs. By the way of the traditional songs- local people particularly women fisher-folk communities become aware on climate change and ongoing discussion. It is notable to mention that the event was organized at the belt of the Bay of the Bengal, right opposite of the mangrove forest – Sundarbans. Indigenous population who are depending on the Sundarbans for their livelihoods were joined the event. At the end of the songs, they shared their experiences of negative consequences of climate change. 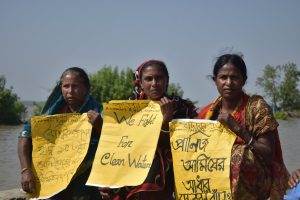 Particularly the way, women are becoming unhealthy within saline water, fishing is shrinking, marital relation and families are breaking, SRHR are violating – these were discussed in the gathering. It is important to note that speakers don’t have scientific knowledge on the climate change, however they talked about their experiences. Badabon Sangho and its groups and women fisher-folk association facilitated the event.