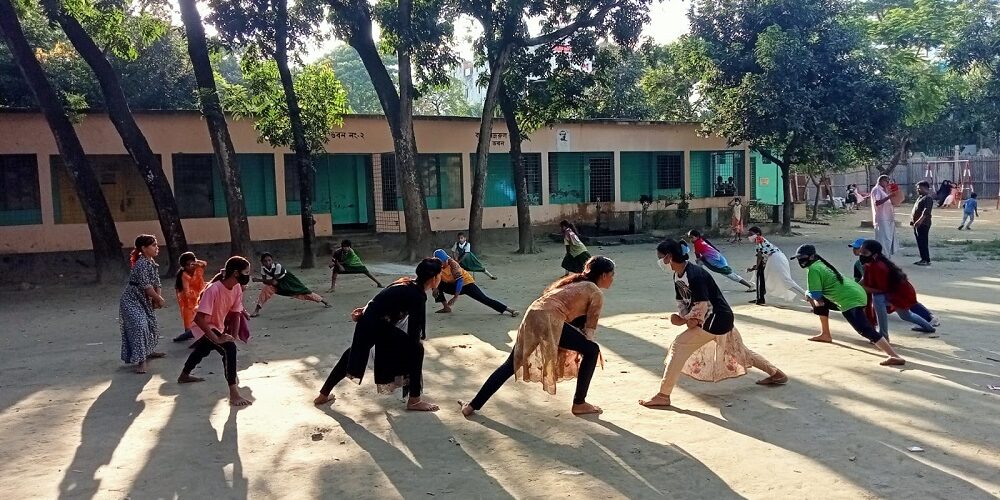 Women’s football has grown exponentially in recent years. All over the world, girls are getting passionately involved in the game, both on and off the pitch, and using the sport to break down social barriers. Our groups also believes that girls should be in sports to break the gender/social barriers. The main purpose of forming football teams is that we have witnessed that girls have been sidelined in talent development. Hence this will be the opportunity to make the girls show that they are an important part of the community, people with talent who can compete like boys and achieve results. Also, we want girls from backward areas to be seen as reliable role models to other young girls. At the moment Badabon Sangho has three teams in Keraniganj, Mongla, and Rampal Upazila, and will form more teams in the future. A female coach Farjana Aker who is also a player under eighteen team at the divisional level coaches them three days in a week.