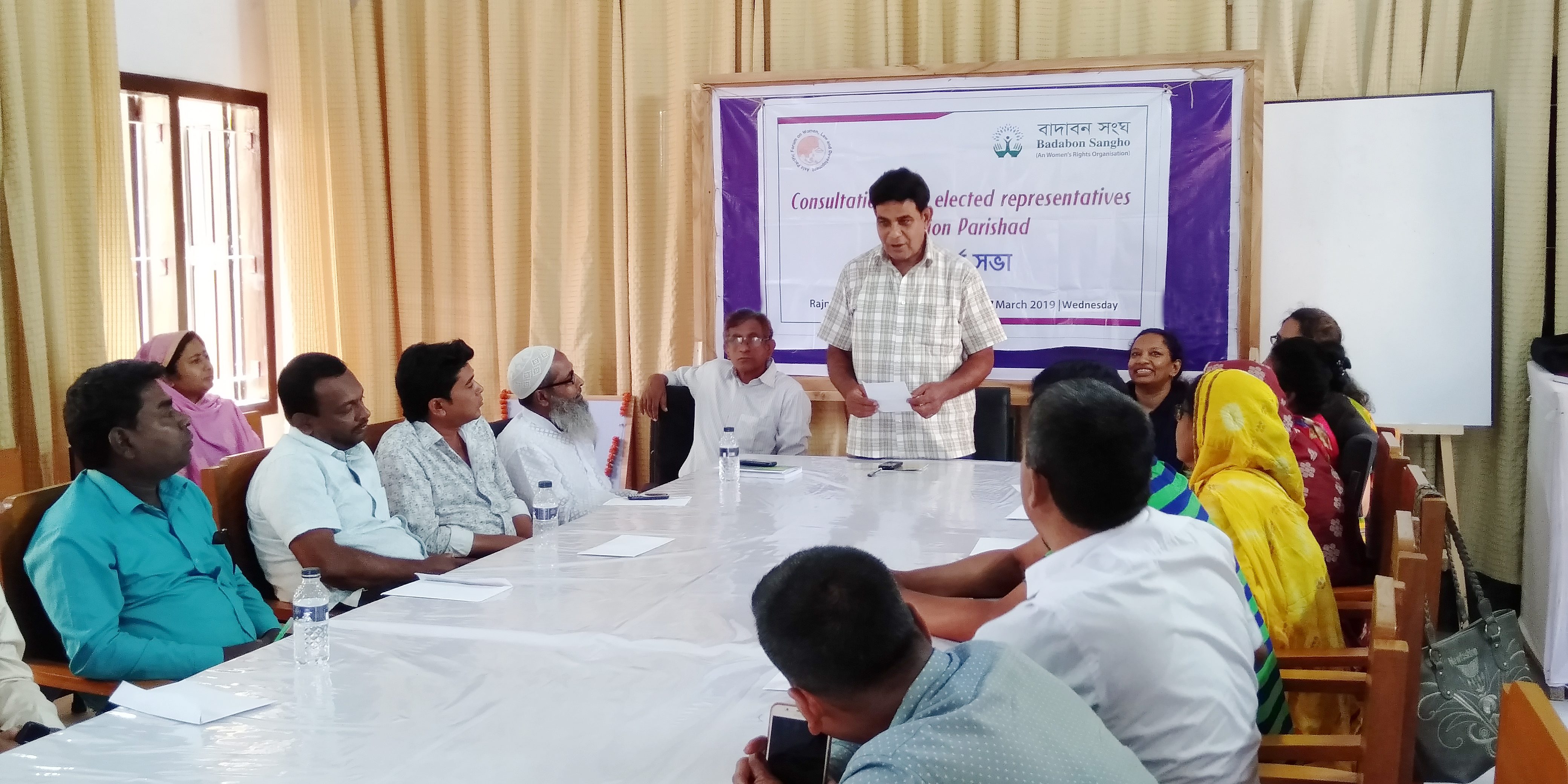 On 27 and 28 March 2019 Badabon Sangho Badabon Sangho organised two consultation meetings with local elected representatives of Union Parishad (UP chairmen and members) with the support of Asia Pacific Forum on Women, Law and Development APWLD. The meetings were held at Rajnagar union complex of Rampal Upazila and Burirdanga union complex of Mongla Upazila. In these meetings, we consulted issues i.e. women’s rights on land on water-bodies including women’s succession certificate process.

In both meetings UP chairmen, members, women member and women group leaders shared views and discussed. Suggestions came up such as women landowners and fisherfolk should communicate with union parishad’s elected representatives prior to go to land offices, traditional surveyors and land brokers prior in case of dispute/conflict. Badabon Sangho can educate women on land and property literacy. Land mapping with participatory tools would be good tool for dispute resolution. It is mentioned that Badabon Sangho is facilitating a action research and research report will come up with different data and evidences of women landowners and fisher-folks.