Women leaders meetings with police stations, Rampal and Mongla, 24 Mar and 16 May 2022 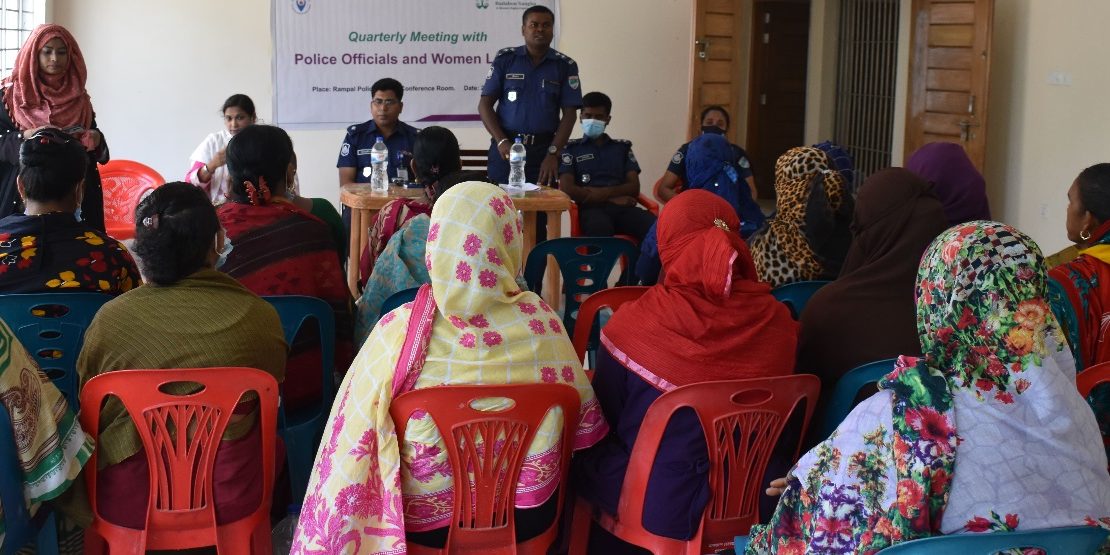 Two meetings were conducted between women leaders and police officials in Mongla and Rampal. On 24 March, meeting in Rampal and 16 May meeting in Mongla 2022 were organized. Questioning and answering was the key method of the meetings- it is helpful for women’s leaders’ confidence building.

Police Officer in Charge (OC), Inspector (investigation), Sub-Inspectors, and other officials were present there who expressed their support towards combating gender-based violence against women. Group members from Perikhali, Markordon, Chadpai and Chila were attended the meeting.

Women leaders raised questions addressing the issues of reporting to police about the domestic violence against women and girls, reporting harassment within public places, online harassment, and how police stations can provide prompt support.

All these concerns were effectively answered by the officials in the session, and the Program Manager of Badabon Sangho’s presence made the discussion more workable by connecting the bridge among the participants.