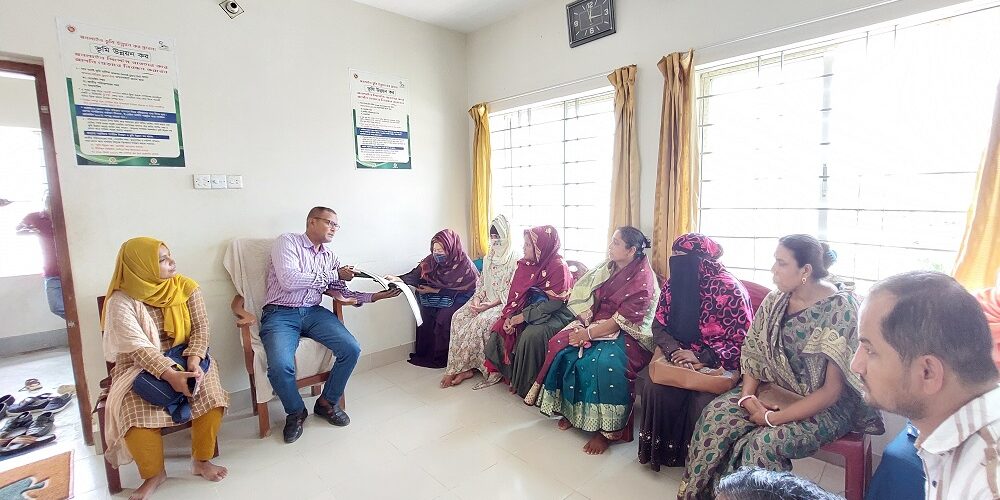 On 30 May 2022, women leaders visited Mongla land offices and sat in a meeting with Sub-Assistant Land Officer. This office is dealing with land record disputes, taxation, and land documentation supplies. Being a land investment areas, officials have less time with small and vulnerable landowners. Members from different groups were came together and discussed straight forward issues like error in records and delayed in records. 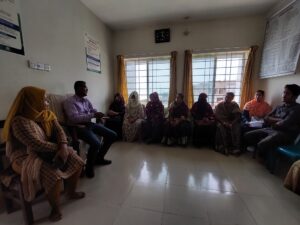 Key discussion of the meeting was- understanding the land registry documentation. Sub-assistant land officer, described and shown the registry book in front of the women members. So that women landowners would be able to understand the registry book and able to recognize own ownership documents. Further discussions were held on their accessibility of state land and water-bodies, followed by addressing women’s landownership mutation cases in detail. In addition, the land officials described the newly initiated online system for taxation and mutation in the meeting. A total of 10 women leaders and land officials were participated in the meetings- meetings would be continued in future also.