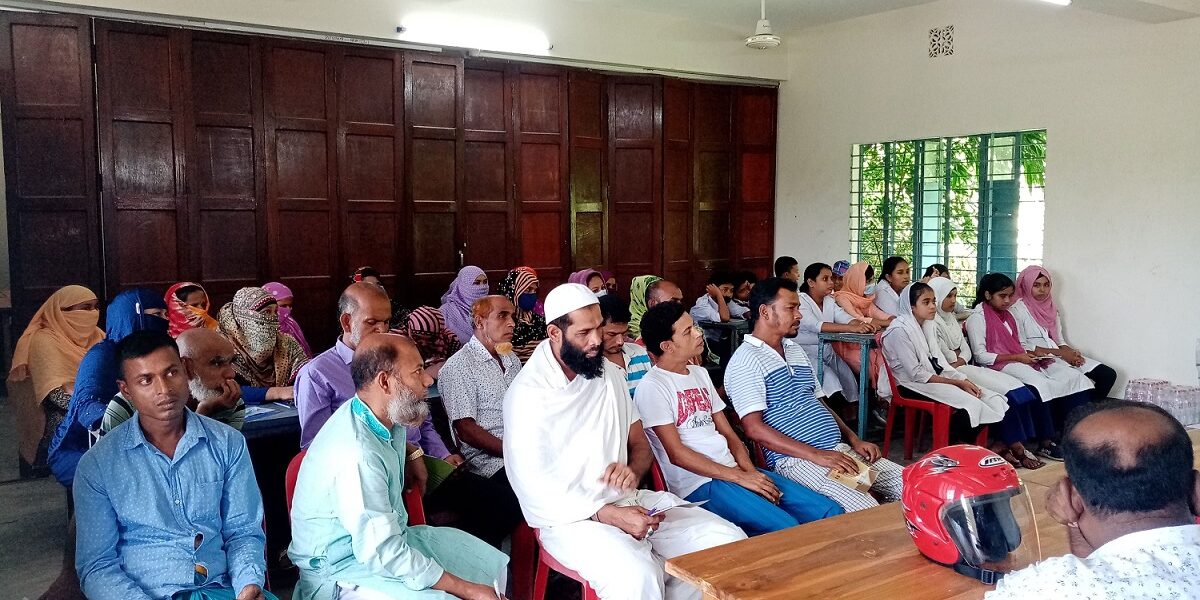 Children, adolescence and youths are the most vulnerable group in terms of forced/early girl marriage. By utilizing the social media tools, youths are more engaged in communication, which has advantages and disadvantages as well. Group decided to organise dialogue with the school students along with teachers, parents and school managing committee members. In last three months, two (2) inter-group dialogues have been organized, in Rajapur High School, Bagerhat.

Though the first dialogue was limited within introduction, lifeline sharing and dreaming. Parents’ understanding regarding the purpose of the dialogue was key immediate result, within short time. All of the groups including parents, teachers and selected students were openly discussed about the negative consequences of the early marriage. Parents especially mothers were shared their frustration, lost their childhood, education and bright carrier also. Though union council Chairman was opened up the dialogue, but not continued for entire progoramme, allowed students to share their comments.