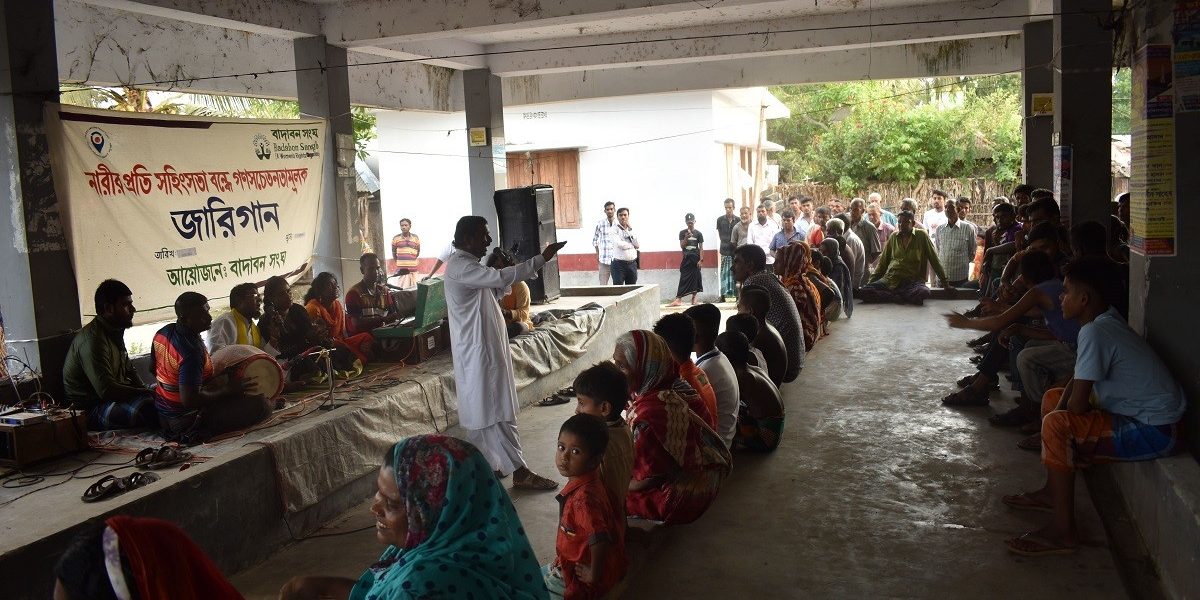 In order to increase awareness on the gender-based violence against women and girls, Badabon Sangho has facilitated series of folk songs in the project areas. Songs were designed and developed based on the women’s land rights and VAW. These songs are staged at the public places at afternoon. Men and boys are the main target groups of the wider campaign. On 16 May, folk songs were staged at Vanganpar bazer in Subodia union. It is estimated that 500 peoples are enjoying the folk songs with local dialect.

A total of 48 times folk songs will be staged in different market, stations and public places, messaging women’s land rights.