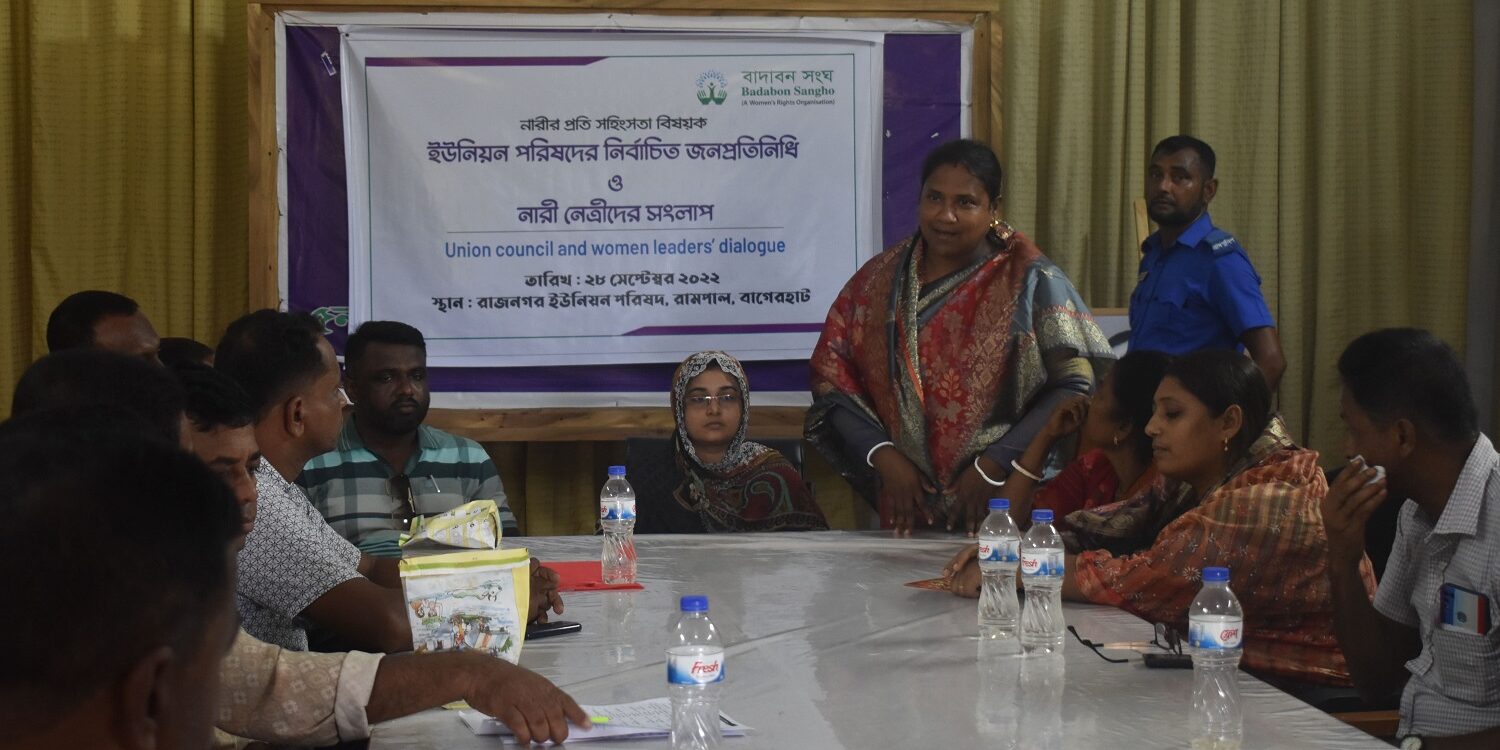 As part of the regular programme, group leaders and Union Council’s leaders were organised dialogue on Landownership induced VAWG’ at Rajnagar, Rampal, 28 Sept 2022. It was a periodic dialogue between local elected bodies and group members, where they reviewed the ongoing situation of landownership disputes and vulnerability of the women and girls.

A total of 12 women leaders, 09 union council members, 10 political parties’ leaders and union council chairperson was attended the dialogue. In addition, other community peoples are joined the dialogue. It is mentionable that Rampal Thermal Power Plan has been establishing in the union, and other private corporate is investing as well. These are creating more demand and conflict with landownership.

The dialogue was very interactive. The participants were engaged and shared the effect of conflicts and crisis from their personal experience. Among the group members, leaflets and masks were distributed. Union Council’s chairperson was supportive and responsive, she expressed her willingness to keep action to prevent VAWG. At the same time, she also argued there are some limitation in laws and policy. The next dialogue would be organized in Hurka Union on 21 Oct 2022.