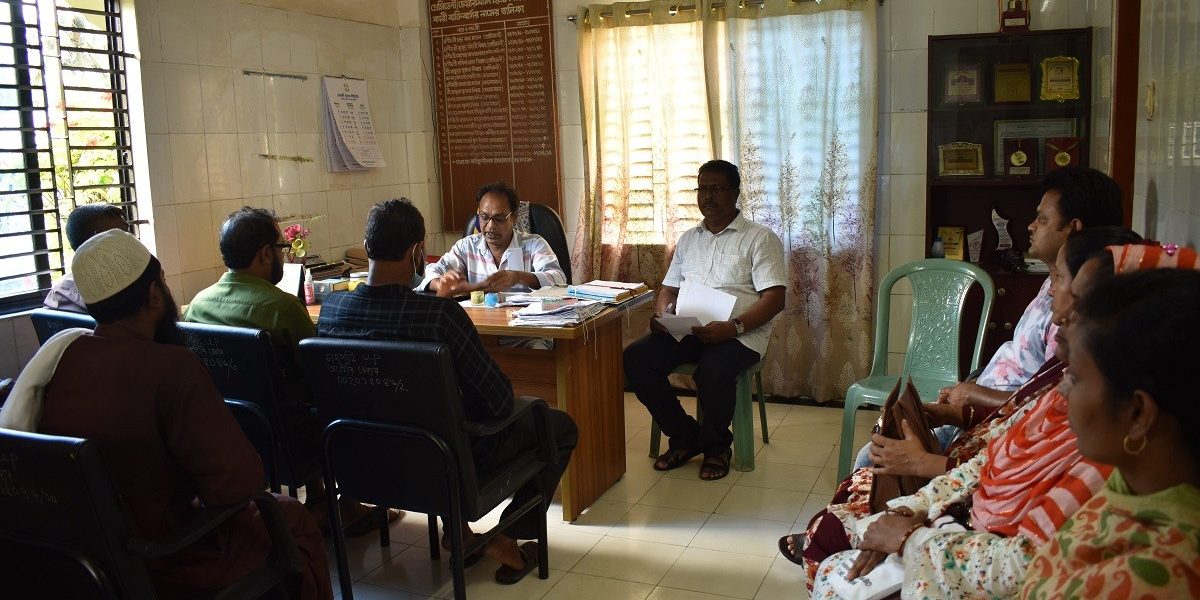 Group leaders and area manager were participated in the disaster management committee meeting at Chadpai union councils. The meeting was organized by the union council’s chairman – 28 committee members were participated. Local citizens, youths and group leaders are discussed about the preparation in response to upcoming cyclone. In relation to awareness, youths informed that they already have disseminate the message within the community. The cyclone centre is opened and cleaning is going on. Badabon Sangho’s volunteers and group leader will disseminate the message to all group particularly emphasis on the pregnant and older women.

Volunteers also mentioned that they separate toilets would be maintained for women in the cyclone centre. Chairmen discussed that relief has been allocated and will be distributed within the targeted vulnerable households.