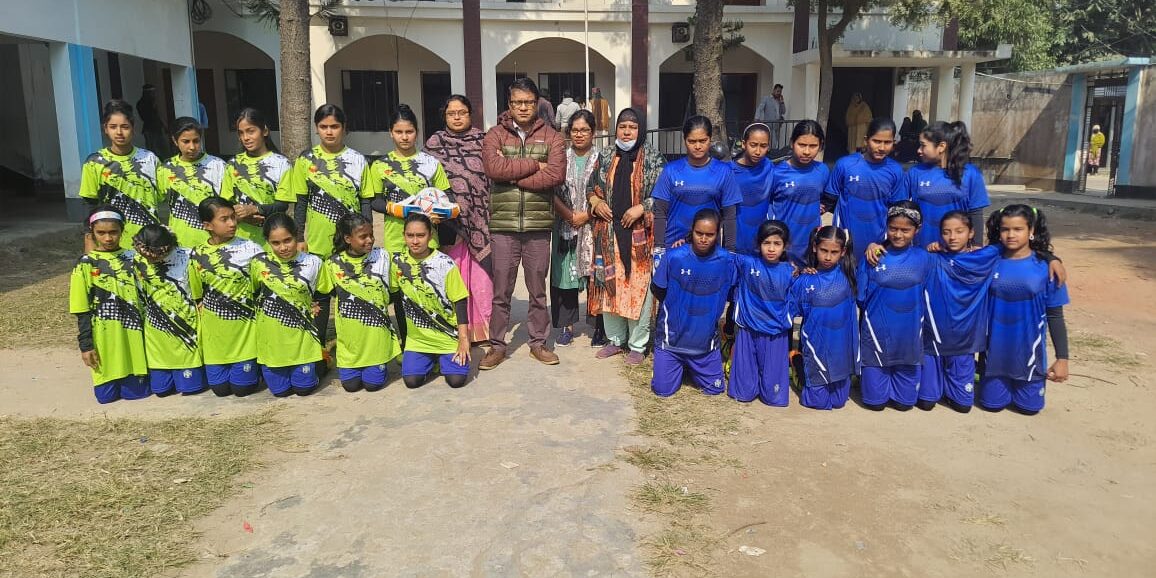 Badabon Sangho formed two football teams with 22 girls to prevent child marriage. So that girls are interested in sports and the attitude of child marriage is not there in their parents. To distribute their necessary sports equipment to the members of the girls football team, they will be able to complete the coaching and the final match well. As a result, their enthusiasm for the game increased and even those parents who had banned girls from playing the game showed interest.